The comments in this blog are my own personal opinions/reflections/reviews and do not reflect the opinions/views of the library I work for.

Afternoon Open Mic was a program that was easy to coordinate and advertise, it was just a matter of getting performers! 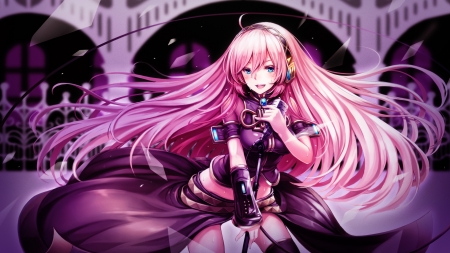 The purpose of the Afternoon Open Mic Program is to encourage teens who wish to express themselves through song, dance, music, poetry, or acting. Pieces were pre-screened by the librarian to ensure that there was no R-rated material. The reason is that the event, while meant for teens to participate and watch, was open to any patron of all ages to watch.

Teens interested could sign up at the Reference Desk with a preferred time slot they would like. The performer(s) have 10 minutes for their piece with a 5 minute break between acts to set up the next group. If they wanted to go over 10 minutes, it would be on a case-by-case basis to make sure that there were enough time slots for other teens to participate.

Advertising was on a flyer through Canva and was distributed to the nearby schools as well as posted on the library website and within in-house. While advertising was in an abundance, the number of participants were lower than expected but it meant they could perform as much as they wanted within the program time.

We did not have any equipment (speakers, microphone) but we made due without.

We had 2 participants who sang and played guitar! The audience were receptive and friendly, even asking for a recording of the program to be distributed. I’d say a small victory!

This is a throwback post to a program I held in the past hence the lack of pictures.